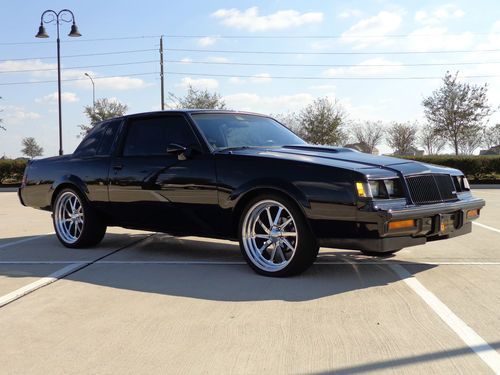 Low milage GN with no mods other than an upgraded exhaust system. System consists of a 3" dual set up with twin flowmasters. Interior is in prestine condition. New brakes all around, new shocks fresh springs out back. Car has been pampered and maintained very well. Car has been painted and the paint is high end and simply beautiful. No accidents what so ever. 20x8 and 20x9.5 Budnicks. Feel free to call me Bob @ 281 617 9177 with any questions. Listed elsewhere so first come first serve.