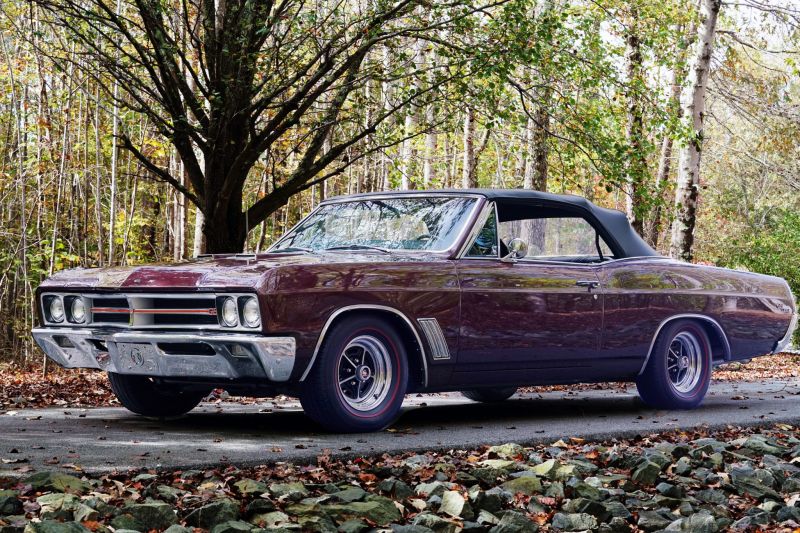 1967 Buick GS400 is one of 422 convertibles produced for the model year that were powered by a 400ci V8 paired with a four-speed manual transmission. Recently a cosmetic and mechanical refurbishment that wa scompleted in during which the body was refinished in Violet Red Metallic, the front bucket seats were retrimmed in black vinyl, and the black convertible top was replaced. Additional equipment includes power steering, front discbrakes, 14" Rallye wheels with red-stripe tires, a center console with a factory tachometer, a tilt steering column, and an AM FM stereo with a trunk-mounted CD changer.