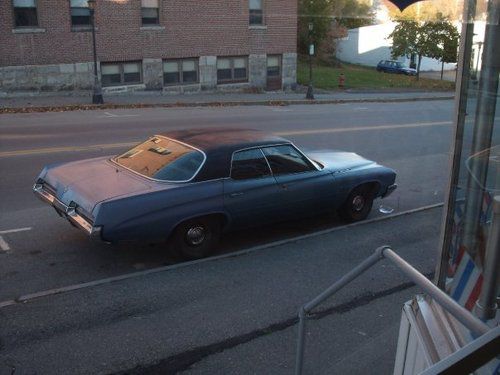 My loss is your gain this 72 buick 4 door hard top with rebuilt motor rebuilt trans sway bars recent breaks fuel tank gauges needs work got motor rebuilt cost me 2225 when I got the car back it had pin holes in oil pan( what kind of mechanic puts a leaky oil pan on a motor ) ran great when parked got 90 miles sense rebuild parked got real sick needs oil pan got half tank of old high test in it sold as is pictures old from before parked  01 -24-2011......21/2 inch duels recent BF Goodrich Radial TA"S questions 207 643 2114 some rust thanks for looking new picks upon request