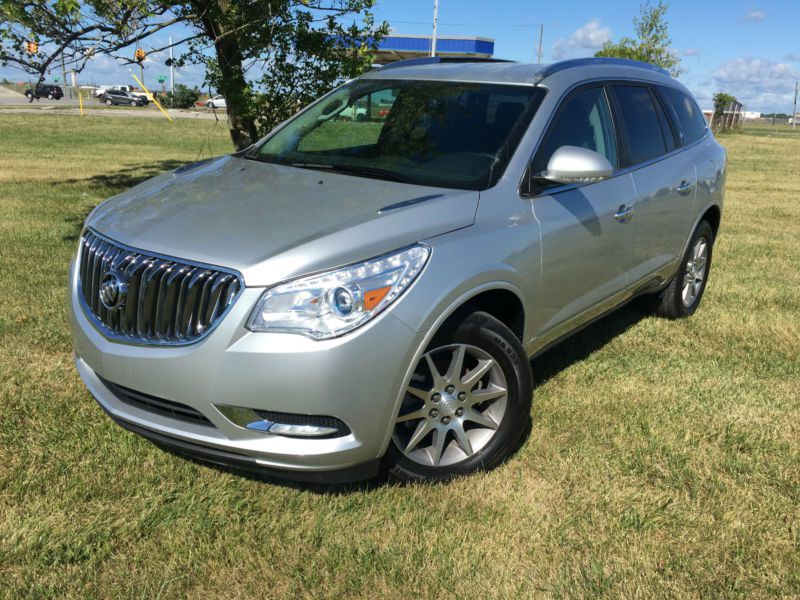 ANY QUESTIONS JUST EMAIL ME: shanikasvvizarro@britishtalent.org .

This is a great deal, take advantage of this as I always list vehicles online with great savings.

Condition :
The Enclave is in superb shape in and out, very nice and clean with no damage or any signs of wear, very nice
glossy silver metallic paint, with elegant premium perforated black leather interior that sticks out real nice.

Drive train :
It's powered by the popular 3.6L V6 engine that delivers high horsepower and torque, coupled with a 6-speed auto
trans, and front wheel drive for the best handling and traction. Plenty of power delivered by the power train yet
efficient.