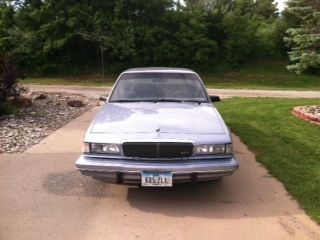 I have a 1996 Buick Century for sale. It is in fantastic condition. There is no rust, dents, or scratches. Starts with ease and runs like a champ. It is prior Salvage but don't let that fool you it is in great condition inside and out. The driver door inside handle is broke but we have another handle just haven't installed it yet.