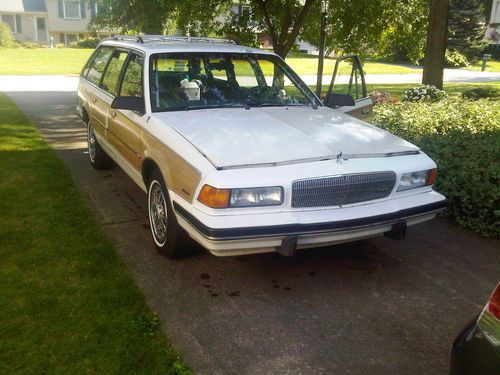 Condition: UsedA vehicle is considered used if it has been registered and issued a title. Used vehicles have had at least one previous owner. The condition of the exterior, interior and engine can vary depending on the vehicle's history. See the seller's listing for full details and description of any imperfections.Seller Notes:"Light cosmetic wear consistent with age. Left rear window switch bad."

Only been in the area for a few months. I am the 2nd owner of this car (1997-present), first owner was a family friend in Chapin, SC. This car lived in Charlotte, NC until now. This car has NEVER SEEN SNOW, the car has NO rust. This car has been garaged its entire life. I have worked in the automotive repair industry for 20 years, this car has been dealer maintained and serviced its entire life. Here is a partial listing of what has been done to the car in the recent years: Radiator 2012, NEW A/C Compressor, accumulator, tube 2011, new water pump 2010, full exhaust system catalytic and pipes 2007, new tires 2010 (less than 10K on them now), full brake system front and rear (pads, rotors, calipers, drums) 2010, new full pump and sensor unit in tank 2011, full tune up with AC DELCO plugs wires ignition coils and ignition module 2011. Transmission was rebuilt in 2005 at 155K, odometer shows 210K now. This is 8 passenger wagon with rear facing third seat and lockable storage compartment and dual tailgate. We are moving and selling the car for another. Please email for phone number. Car is for sale locally and may be subject to auction cancellation if sold.