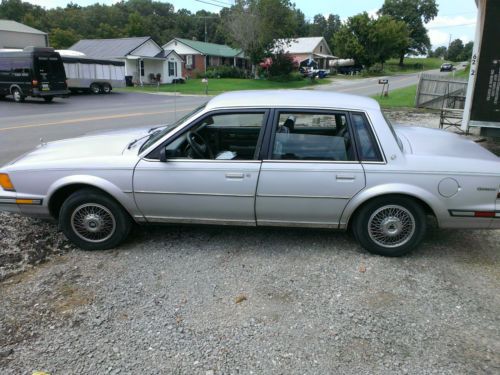 Condition: UsedA vehicle is considered used if it has been registered and issued a title. Used vehicles have had at least one previous owner. The condition of the exterior, interior and engine can vary depending on the vehicle's history. See the seller's listing for full details and description of any imperfections.Seller Notes:"Front Passenger seatbelt does not retract."

For sale is a 1987 Buick Century:
Purchased this car with only 34,000 miles on it, two previous owners. Drives great and has no engine issues. Title in hand. Asking $2,500 or best offer. Local pick or will deliver in a 50 mile radius. Prefer CASH/CASHIERS CHECK. Please feel free to contact me for additional information or pictures.