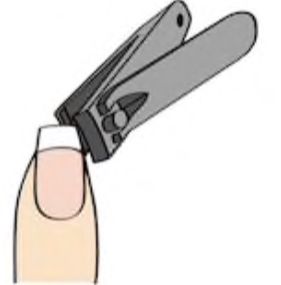 Let's say you're rich. Filthy rich - you've got cars in garages of homes you can't remember you own, rich.
As the gap between automotive haves and have-nots continues to grow, ultraluxury automakers are exploiting fresh ways to lure the sorts of well-heeled car aficionados who would rather spend their spare time shipping exotic sleds to private tracks than sitting on a beach in the Maldives.
This rarified air presents a daunting challenge to boutique carmakers attempting to distinguish themselves, especially when they're vying for attention amidst voluptuous Paganis, Koenigseggs, and Brabus G63 AMG 6x6s. When the stakes are this high and the competition this fierce, you need a novel approach to peddle your four-wheeled wares - even if you're Bugatti.

Who was Elisabeth Junek, and why is Bugatti giving her a special Veyron?

Bugatti is in the habit of recalling names from its storied history on the nameplates of its new models. The Veyron, after all, was named after Pierre, one of its most accomplished racing and test drivers. So, too, was the concept that preceded it named after Louis Chiron, another Bugatti racing driver of yore. And lately, the Alsatian marque has been reviving other names from its history with a series of special editions.
The "Légendes de Bugatti" series kicked off with the Jean-Pierre Wimille edition last year, which was followed by the Jean Bugatti edition and the Meo Costatini edition (pictured above) just a few months ago. We would have expected that the next one would honor Jean's brother Rembrandt Bugatti - the artist behind the rearing elephant hood ornament that adorned the legendary Bugatti Royale - but the word on the street is that the next special-edition Vitesse will pay tribute to one Elisabeth Junek.
Also known as Eliška Junková, she was one of the earliest and most renowned of female racing drivers at the dawn of motorsport. She would often accompany her banker/gentleman-racer husband Cenek Junek on his motoring exploits in their Bugatti Type 35B and would sometimes take the wheel herself. Her most famous race was the 1928 Targa Florio, which she led until the final lap before mechanical troubles dropped her down to fifth place - but still ahead of Tazio Nuvolari.