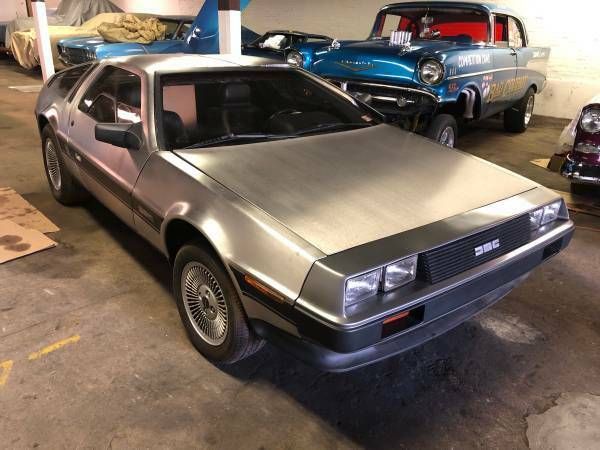 BODY IS BEAUTIFUL NO DINGS OR DENTS ALL STRAIGHT ETC~!

CAR STILL HAS ORIGINAL TIRES~!
EVERYONE FOR LOOKING~!

Bugatti Galibier to be "faster than anything on the market"

Before Wolfgang Dürheimer moves to Audi, he's still got a few jobs to finish as head of Bentley and Bugatti, one of them being to oversee the development of the 16C Galibier. It was back in 2009 that the two-tone concept had audiences agog, and rumors and leaks since then have had everyone wondering if the four-seat fastback will ever become reality. To hit 'rewind' on the rumormill, the Galibier was initially greenlit in early 2011 and tipped to go into production this year, a timeframe that was later revised to next year. The model was earmarked to have less than 1,000 horsepower and optional hybrid power, and at the same time, the design was meant to be finalized, but it was instead reportedly scrapped for not being outrageous enough. The Galibier then went back to the design bureau and the horsepower was subsequently announced as surpassing the four-digit mark.
Production is now planned for somewhere around 2015, and according to Dürheimer's chat with Car and Driver, the Galibier on the way will be original and blindingly fast. The executive would only commit to the "over 1,000 hp" line, but C/D believes the ouput will be around 1,400 non-hybridized ponies. Whatever the final number is, it is said to get the Galibier beyond 235 mph and, Durheimer said, be "faster than anything on the market" - and that includes wares from the aftermarket sector. Dürheimer also says the Galibier will have technologies that are automotive firsts.
What remains to be decided is the candy coating that will envelop all that sweetness, since "the final design still is in flux." We'd heard before that the hatchback's entire rear end is being redesigned, but it appears that if nothing else, the eight tailpipes will remain.

As far as tuning companies go, Mansory isn't exactly known for its restraint. That's why this Bugatti Veyron-based Vivere is a little shocking to us. In terms of ostentatiousness, this thing is actually pretty tame, especially considering how over-the-top Bugatti itself can go with its legendary supercar.
For starters, the body is done up in a two-tone white-and-carbon-fiber look, which is actually sort of cool. Of course, we'd do without the added aero treatment, consisting of a "striking front apron," side skirts, larger air outlets and a new rear diffuser. Mansory again uses the word "striking" to describe the new, double-five-spoke wheels, but as far as exterior, um, enhancements go... that's it.
Inside, Mansory has added a healthy dose of LED lighting, the tuning company saying "the whole passenger compartment glows in the light" from these added lamps. The upholstery is done up in a black-and-white leather theme, sort of matching the exterior, and there's a new steering wheel that "looks sporty with great grip." Cool.

Upon first inspection, this looks to be a strangely styled Bugatti Veyron. Such a thing shouldn't be a shock. We have, after all, already seen the hypercar with a penis on the hood and painted in nearly every single hue that exists on our planet. Take a closer look, though, and we see something altogether different. That's because this isn't a Veyron - it's new, rumored to be a replacement to the Veyron and is allegedly called the Chiron.
The first identifier that we're looking at something different are the huge carbon-ceramic brakes, which dwarf the already meaty pans found on the standard Veyron Super Sport. Beyond that, the distinctive snorkel intakes of the Veyron have been replaced with simple NACA ducts, while Bugatti engineers have ditched the car's enormous adjustable rear spoiler.
That amputation has allowed our spies to peek into the back of the car, and identify what we think are the components of an electric powertrain. Considering current performance trends, we shouldn't be surprised that Bugatti (and by extension, Volkswagen) are tinkering with hybrid tech.