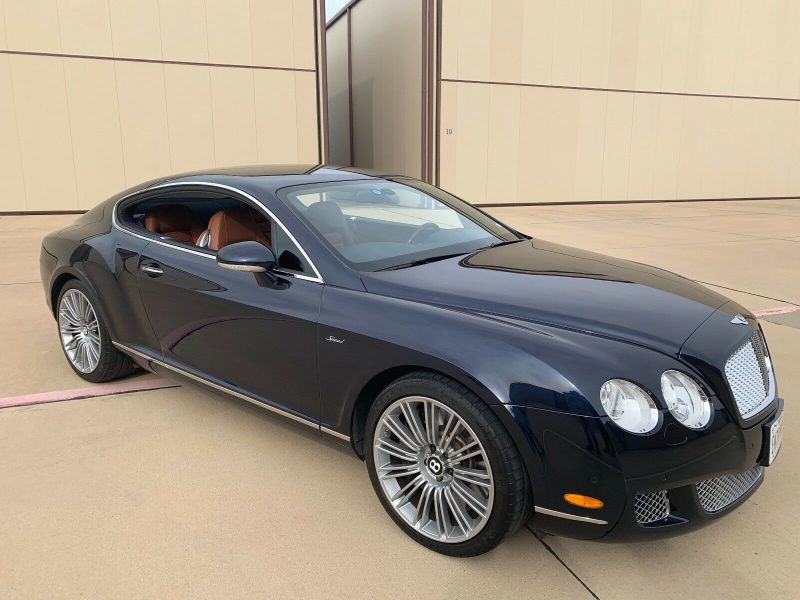 The interior is off the charts with the Saddle Brown Leather with Blue Leather accents, quilted seats, Bentley marque embroidered on the seats, Mulliner accents, and the list goes on. Some interior options are: 4-spoke steering wheel ($1390), rear camera ($990), Veneer door accents with rear center armrest ($890), navigation ($1840). I never removed the plastic floor cover on the driver’s side to keep it as new. The sound system is concert quality, and the interior appointments are incredible. Never smoked in.

A report in Autocar says the next Bentley Continental Supersports will be ready for retail duty in 2014. If true, the coupe is meant to follow the same formula as the first generation, which means weight loss, honed reflexes and "improving braking power," that last one an eyebrow raiser because the Continental series already has some of the largest diameter brakes available on a production car.
A vulgar gain in horsepower isn't planned, however; the Supersports was never primarily about pure grunt, but rather being more connected to the grunt the Continental had. The previous Supersports (Bentley no longer offers it) put out 621 horsepower, but it's said that the coming model will move up to 650 hp, and that would put healthy distance between it and the 616-hp Continental GT Speed.
The Supersports would take a place at the head of the Continental line-up, but be briefly usurped there by a road-going version of the Continental GT3 race car if that comes to fruition. But whereas the street-legal GT3 car would be limited production, the new Supersports would be a series offering.

Who would you think would be the largest producer of 12-cylinder engines in the world? Mercedes? BMW? Ferrari? Think again: as you might have guessed from the headline, it's Bentley. The thing is that, while all Bentley automobiles are manufactured in the UK, its engines aren't: while the 6.75-liter V8 in the Mulsanne is made at home, the innovative 6.0-liter twin-turbo W12 engine in Continental models so equipped (like the newer 4.0-liter twin-turbo V8) is shipped in from Germany. But that won't be the case any longer.
Bentley has just announced that production of the W12 engine is moving to its home base in Crewe by the end of this year. The shift in production (which follows the migration of the Flying Spur from Dresden to Crewe in 2007) will create 100 jobs in the UK - a country which employs some 142,000 workers in the automotive sector - and produce as many as 9,000 engines per year. That in and of itself would account for the vast majority of the 10,000-plus cars Bentley made last year, but will also make Bentley an exporter of engines for the first time in its history.
Right there at the factory, Bentley will fit the engines into twelve-cylinder versions of the Continental GT, GTC and Flying Spur, and send some back to Germany for use in the Audi A8. Applications within the Volkswagen brand itself like the Phaeton and Touareg no longer use the W12 engine, but could conceivably use it again in the future - they'll just have to bring them in from England is all.