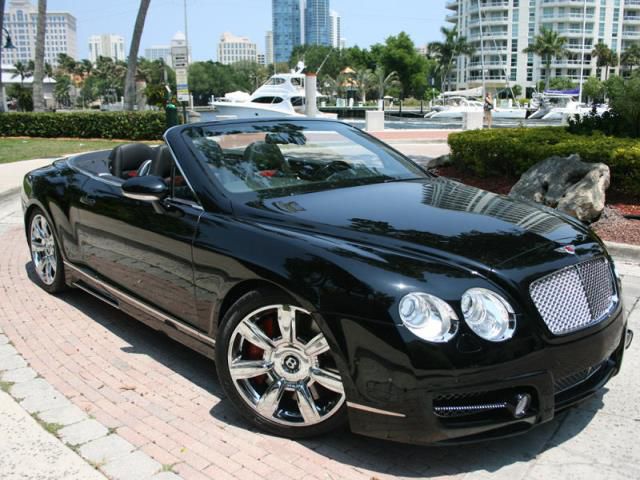 Very rare Bentley as you can see on pictures. Custom veneer from Bentley Piano black with red lines. Red Emblems on seats. Mansory body kit. special stereo system. Run great. Classy and classic car. I spend 3-4 months a year in Florida, the car is garaged all the time when I'm not here. I have an original car cover, an original charger kit, a Jewel gas tank cap. The car is sold as is and inspection are welcome.

The Bentley SUV is coming and there's not a thing we can do to stop it. The latest indication that the wing-badged behemoth is on the way is this teaser video, which (thankfully?) doesn't show us a whole lot of the new vehicle, aside from its Continental GT-inspired headlights and its Mulsanne-inspired grille. Of course, we've seen this fascia before.
Via Bentley's associated press release, we now know that the SUV will head into production in 2016 with a range of engines that will expand to include a plug-in hybrid in 2017.
There are a few other details, such as the large, five-spoke wheels and side grilles. Whatever the new SUV is called, it should be wearing Continental-esque taillights and a rather aggressive rake to the roof behind the rear doors. That said, none of the other styling clues are as clear as our look at the SUV's face.

Bentley Mulsanne convertible expected to be greenlit this year

That was quick - it was only was only three weeks ago that the Bentley Mulsanne Vision concept, a droptop take on the brand's flagship sedan, was sketched out for the Pebble Beach crowd. Now Autocar reports that a production version is expected to be approved later this year, with a launch something like two years away. And even though it hasn't been officially given the go-ahead, it has a price: "at least £275,000" ($436,232 U.S.). That price would make for a £50,000 premium ($79,313 U.S.) - at least - over the current UK price of the Mulsanne sedan.
Just as the Continental GTC differs from its coupe sibling, Autocar says the Mulsanne cabrio would be unique from the A-pillars back as compared to the sedan. Shortened by roughly six inches in both length and wheelbase, frameless doors and a lowered windshield will contribute additional rakishness, and note the rear fender treatment meant to evoke the fifties-era Bentley R Type in the upper right corner of the sketch above. At launch it is predicted that power will come from the twin-turbo 6.75-liter V8, but Autocar predicts that V12 power being developed for the production version of the EXP 9 F SUV will eventually find its way up front.