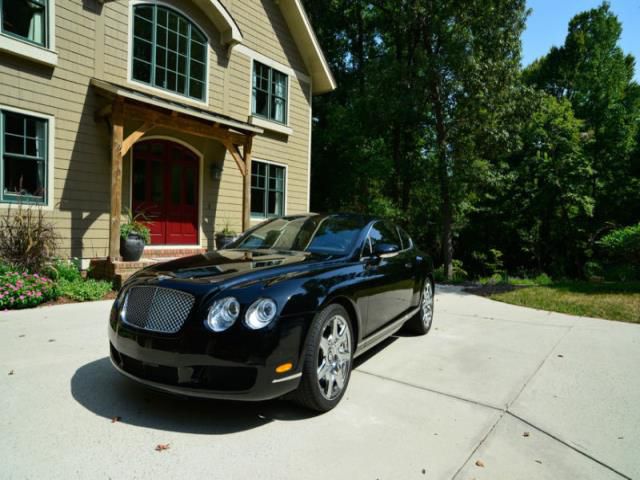 2007 Bentley Continental Gt Mulliner Edition. Only 21,318 Miles And In Excellent Condition. This Car Is, As You'd Expect, Loaded With Options. It Has The Sought After Mulliner Edition Upgraded Interior With The Mulliner Upgraded Chrome Wheel Rims.

There are few things in this world I enjoy more than an enthusiastic drive down tree-lined backroads on a warm summer evening. If you're familiar with the geographic location of Detroit, you won't be shocked to learn that we don't have the sort of very-involving roads found all throughout California and other gorgeous parts of the country, but we still have some stretches of pavement that can be pretty darn fun when driven in the right car. The vast majority of our scenic roads, however, are of a more relaxed nature. And that's why, despite my tendency to prefer high-strung hot hatches above all, I will never say no to a big, fast convertible during the warm season.
As far as said big, fast convertibles go, perhaps none is more exquisite than the 2014 Bentley Continental GT V8 S Convertible, pictured here in the striking shade of St. James Red. Not long after returning from my trip across the pond to drive Bentley's V8-powered Flying Spur sedan, I was given the chance to sample another one of its eight-cylinder wares, this one carrying less heft, offering a smidge more power, and, oh yeah, a roof that neatly stows behind the rear seats.
As luck would have it, the weather for my Conti weekend was the absolute definition of perfection. And so I took to those sweeping, tree-lined roads way outside of Detroit to see how this Bentley's "S" badge improves upon the lovely GT V8 Convertible I drove last year. Hard work, but somebody's gotta do it.