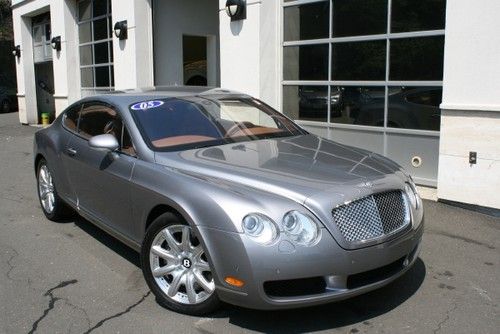 Condition: UsedA vehicle is considered used if it has been registered and issued a title. Used vehicles have had at least one previous owner. The condition of the exterior, interior and engine can vary depending on the vehicle's history. See the seller's listing for full details and description of any imperfections.Seller Notes:"2008 Bentley GT Coupe"

The Entry Entry-Level Bentley
I have a friend who once told me that he would never buy the cheapest version of anything. I pressed him about cars and figured he was backed into a corner when I mentioned Bentley. With only the Continental series of cars - GT coupe, GTC convertible, Flying Spur four-door - and Mulsanne sedan on offer, surely this friend of mine would go for something like the Continental GT coupe over the larger, much more expensive Mulsanne. While their base prices are separated by over $100,000, the Continental GT's starting price of $212,600 should still command enough respect from my friend's imaginary - and judgmental - group of country club acquaintances.
"No way, it's the entry-level Bentley."