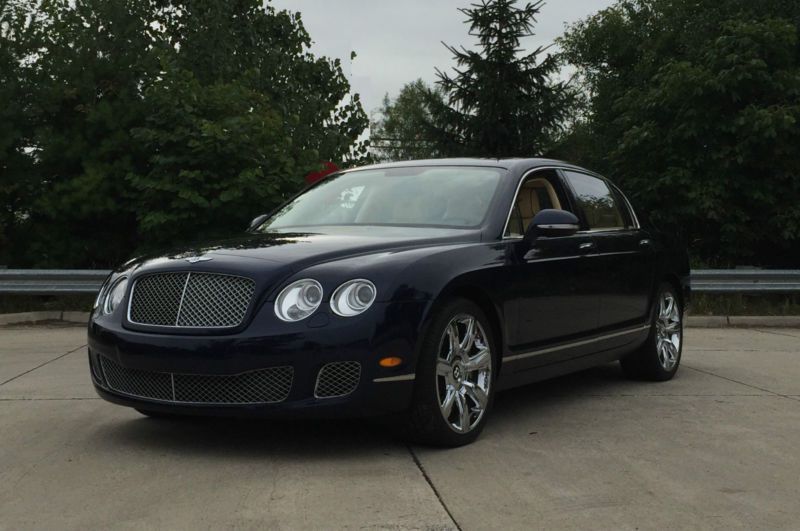 A Bentley seldom lacks for power, but the entry-level, V8-powered Continental GT and GTC will be getting just a bit more when the doors open at the 2013 Frankfurt Motor Show. The 4.0-liter twin-turbocharged V8 in the new Continental GT V8 S and GTC V8 S has been upgraded by 21 horsepower and 15 pound-feet of torque to bring output up to 521 hp and 502 lb-ft. That's no earth-shattering boost, but when you're dealing with a car that weighs over 5,000 pounds, ever little bit helps.
In a rare best-of-both worlds scenario, Bentley has managed to squeeze the extra thrust out of the Audi-derived engine without sacrificing fuel economy, enabling the new V8 S models to cover the same 500 miles on a full tank as the existing Continental GT V8. But the crew from Crewe didn't stop there: they also lowered the suspension by ten millimeters (0.39 inches), stiffened the spring rates by 45% up front and 33% in the rear, tweaked the dampers, fitted a stiffer rear sway bar and recalibrated the stability control, all in the aim of providing a more assertive, engaging driving experience.
The revised models can be identified by their tweaked front and rear fascias, black grille and unique 20-inch wheels. As of right now, it's not clear how much the V8 S will cost over the standard eight-pot Conti, but then Bentleys don't come cheap in the first place. Deliveries are set to begin early in 2014, by which time we hope to have more specifics on price and availability.