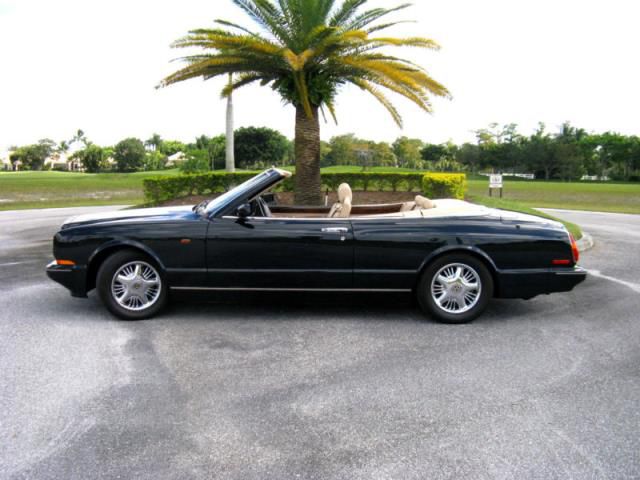 Bentley Grand Convertible is grand, is a convertible

What you see above is the Bentley Grand Convertible, live from the Los Angeles Auto Show. It's basically a droptop version of the Mulsanne Speed, which would seem to be a foregone conclusion for production, but apparently isn't, according to Bentley Chairman and CEO, Wolfgang Dürheimer.
"We are eagerly awaiting the response of our customers to this car. We will ensure that this car - if it reaches the roads - will be a highly exclusive, extremely limited collector's piece."
With its production possibilities out of the way, and with the image gallery you see above proving that it is, indeed, a convertible, we can move on to what makes this Grand Convertible so grand. Equipped with the same 6.75-liter engine with 530 horsepower and 811 pound-feet of torque as its hardtop brethren, it certainly won't be lacking for power. The Grand Convertible has been "fashioned entirely by hand from the very finest materials," says Bentley, and the tonneau is made from the largest piece of wood veneer ever applied by the automaker.