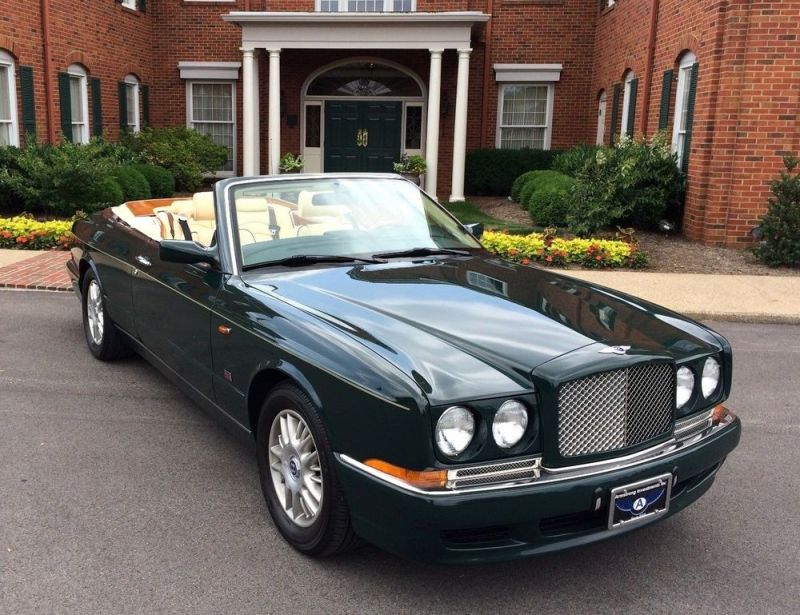 Special colour; Lemans green as specified on build sheet. Magnolia leather interior piped in green. Blonde mahogany veneers w mahogany steering wheel OEM and mahogany rear deck. Brooklands racing wheels with painted grill with slatted veins.(info verified on build sheet) Overall condition is immaculate; Leather is flawless, woodwork and wool carpeting perfect, paint in excellent condition with no dents, dings or scratches. Mechanically excellent with all power options working well, A C cold and top works perfect. Sound system has been updated to a Kenwood CD changer w Bluetooth. Recent service has replaced the tires (Bridgestone SR) and brakes along with an oil change. The rack n pinion was also replaced last Sept. The convertible top was replaced in 2011 and works as new. No expense sparred on this car, garage kept since new. I have 2 sets of keys with remotes that work correctly. Custom car cover. All manuals, Bentley toolbox and white gloves in the trunk, never called upon!