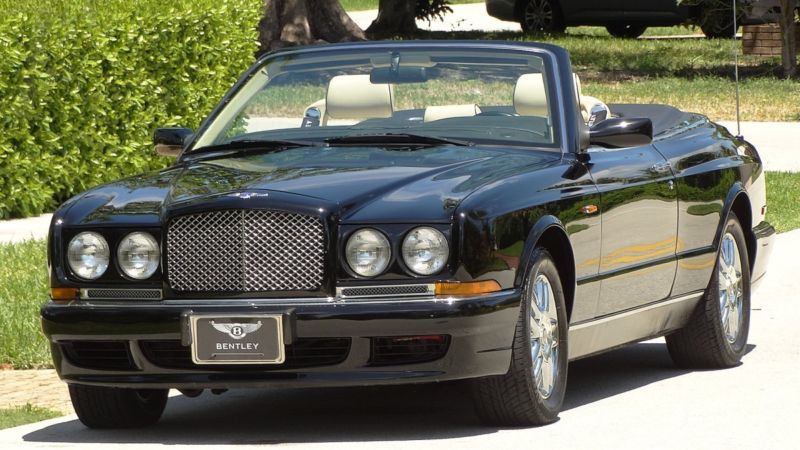 1998 BENTLEY AZURE CONVERTIBLE IN BEAUTIFUL BLACK ONYX WITH A BLACK MATCHING
CANVASS CONVERTIBLE POWER TOP WITH A GORGEOUS LIGHT SANDSTONE LEATHER INTERIOR SURROUNDED BURL WOOD VENEER.
WELL SERVICED AND RUNS EXCELLENT. THIS ONE HAS JUST 24,000 ACTUAL MILES AND IT SHOWS. SO DON'T MISS THIS ONE IT
IS A RARE ONE.