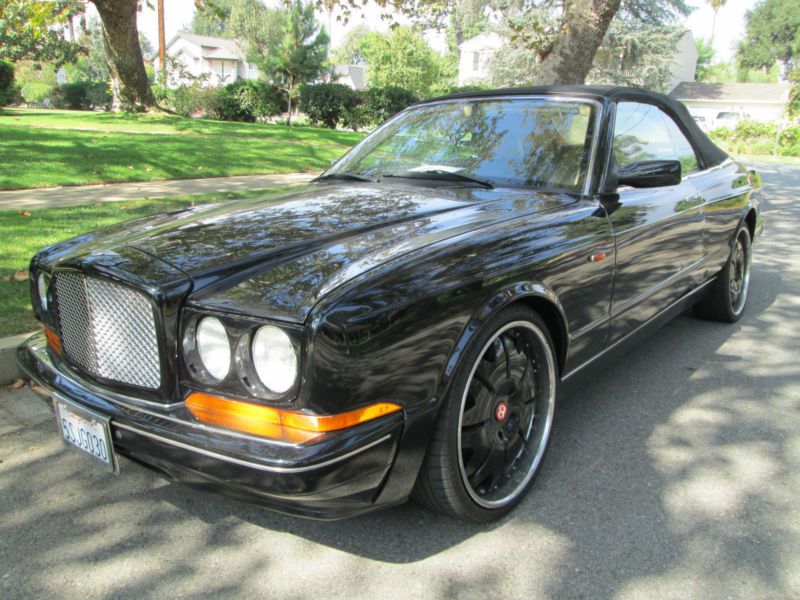 For more details email me at: lashaylkkosiba@clubjaguar.com .

1996 Bentley Azure Turbo.
Bentley Azure Turbo, automatic trans, with the all inclusive package. It has low 68,500 miles. Comes with power
and heated tan leather seats, wood trim package, ipod, multi-zone climate control, and Alpine speaker system on the
inside. The exterior gleams a midnight black finish (no dents or scratches), with upgraded "22 inch wheels.
Complete service with OEM parts the seats look great.
This Bentley is in mint condition, has been well maintained, and regularly serviced. It is clean on the inside and
out. The motor is strong and transmission smooth, car is smoged and ready to go, with clean title and clean
Carfax.