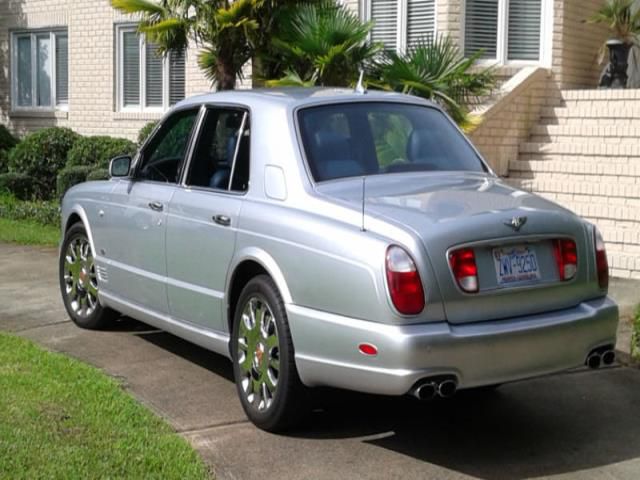 2006 Bentley Arange T Mulliner Edition Only 11,500 Miles Silver With Dark Blue Leather Interior Loaded With Standard Options Sunroof Leather Navigation Etc Etc Replaced The Tires Due To Age Not Wear Also Changed To The Factory Bentley Chrome Wheel But Still Have The Factory T Wheels That Will Go With The Car.