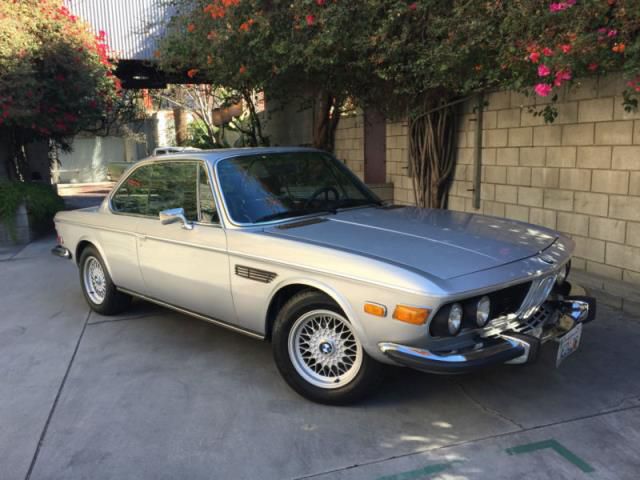 I've enjoyed driving this clean and gorgeous silver classic beauty in Southern California for the last 20 years. According to the mechanic who sold her and restored her for me, she was in Berkeley, CA before that. So, given how little rust there is, I am pretty sure that this is a "California" car. I've only taken her out occasionally for pleasure and had kept her tucked away under cover most of the time. I am only selling because I am moving back to Hawaii where it'll be difficult to find someone qualified to look after her. The body and the undercarriage is clean and solid; the paint is beautiful without any bubbles or pits. I've proudly received countless complements from passersby. She's a pleasure to drive and has plenty of pep. Engine starts up quickly and easily. Here are some of the repairs/restorations done within the last few years... - Installation/replacement of a newly rebuilt steering box, power steering pump, various steering components & the front-end suspension - Replaced master brake cylinder - Installed a "new" dashboard with no chips or cracks - Replaced the water pump and radiator- Minor rust remedial and paint work.- Installed a new ignition system I am not a car collector nor a car buff so there are a few minor flaws on the car that have not bothered me enough to fix but you should know exist... - Minor rust spots where the trunk lid meets the body. - Driver-side power window motor was deactivated and has been replaced with a hand crank.- Driver-side window has some scratches. - Driver-side door has one light paint scratch which I think could be buffed out. - Shifter boot is worn out at the base. - Clock does not work. - Seats have good upholstery but the driver side cushion is getting a bit thin from usage. - Air Conditioning system is deactivated. I didn't want to spend the money to find out what is the problem on something I rarely use.- Missing tool kit. - Headliner looks worn and may need some work. - Wood trims on both doors have some chips and cracks on the ends. I can send you photos of the items above and any other features if you'd like to examine them in details. You will be purchasing this car as is and without any warranty/guarantee from me. I am available to show you the car at pretty much any decent hours. I am located in downtown LA. Please email me with your telephone number if you'd like to speak to me directly. I require a non-refundable $2,000 deposit via Paypal or bank wire transfer. Balance must be paid with a bank wire-transfer within 7 days of auction close.Buyer is responsible for all applicable fees, taxes, custom duties and shipping costs.Please consider your fringe costs before bidding. Please do not bother asking me to misstate the purchase price on the registration paperwork. It will be cause for termination of the sale and I will keep your deposit. Thank you for your interest. Good luck on your bidding. ALOHA!