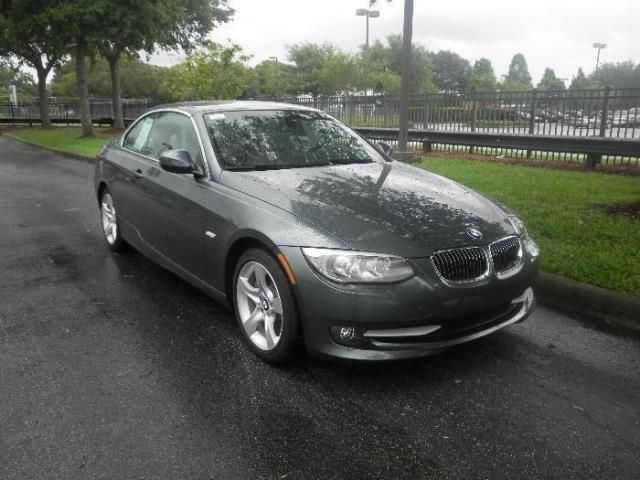 This car is immaculate. I've taken great care of it and the pictures will show. It still has its full factory warranty through May 23. As far as features, it is fully loaded. I believe it has about every option available for the year model. Satalite radio paid for and active till Oct. this year. Please feel free to ask any questions.

The Insurance Institute for Highway Safety has just certified its latest Top Safety Pick+, honoring the all-new BMW 2 Series with the coveted rating.
IIHS cited the 2 Series' crash test ratings, which were rated as "Good" in the small overlap, moderate overlap, side and rollover. In the tricky small overlap test, the crash test dummy was at a "low risk of any significant injury."
The Institute was also complimentary of the 2 Series' head restraint system and its collision prevention system, including forward collision warning and City Braking.

BMW reveals i8 Concours d'Elegance Edition ahead of Pebble Beach

If you want to be among the first owners in the United States of the new BMW i8, the Pebble Beach Concours d'Elegance will be the place to be next Saturday. That's where Gooding & Company will auction off this one-of-a-kind hybrid supercar.
The BMW i8 Concours d'Elegance Edition was previously slated to be the very first i8 in North America, but has now apparently been downgraded to the guarantee of being among the firsts. In any event, it packs a series of special touches to make it unique. For starters, it's decked out in matte grey with unique brown leather upholstery, blue accents and Pure Impulse Tera World trim, with BMW i8 logos embossed into the headrests, special treat plates and the signatures of several key BMW personnel on the rear parcel shelf.
Pending government approval, it's set to be the first vehicle in the US fitted with laser headlights, and comes equipped with a special key, Louis Vuitton luggage and a "professional edition" BMW Charging Station. Scope out all the details in the press release below and take a closer look in the gallery above.