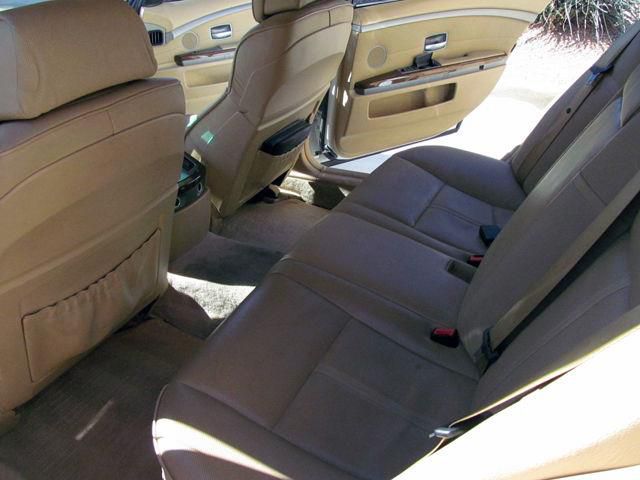 This is a truly one-of-a-kind BMW, you won't find another in this condition with this many upgrades, with this low of miles. You are looking at a 2003 745 Li with a fully AUTHENTIC Hamann body kit. That includes front bumper, side skirts and rear pumper. This kit itself retails for close to $10,000. This 745 is also equipped with a Hamann dual tip exhaust. The exhaust note has a deep growl that grabs attention, but is not loud on the inside. This car also has 22" Vossen wheels, front tires are at 80% and the rear tires are brand new. The wheels and tires would set you back another $3k. The interior is a beautiful tan leather with wood accents. It also has every available option except the ski option. The car has never been smoked in, and the condition of the leather is excellent. The backseats were rarely used so they look like showroom quality. As this is written the car has 59,8XX original miles, and it will not be driven anymore. That is about half as many miles as the average. This car has been pampered since I purchased it from a professional baseball player back in 2007. It has been used as my datenight car for my wife and I since then. This car was only really driven on weekends. I am selling this car because I need the garage space, that is it. I honestly do not want to sell this car as I know I will never get another car that is this special. This car has been featured in countless magazines and is truly one-of-a-kind. This car has just been serviced so whoever buys it will get to enjoy it worry free for a long time. This car gets more looks than a Rolls Royce but is priced at 3 series. Get it before it is gone.