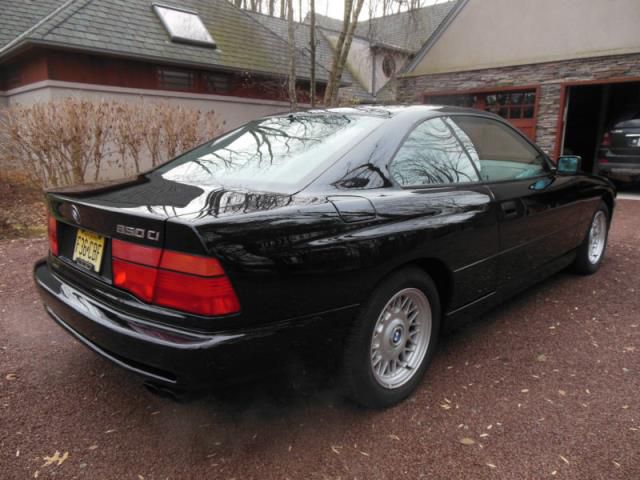 Very low mileage, all original, 6 Speed 850ci in very desireable black on black color combination. Very excellent condition throughout with one noticable scratch near the fuel filler door and some typical slight paint bubbling by the sunroof. I puchased this 850 from BMW of Austin a few years ago with the intention of making it a show car, but I have too many toys and not enough time. Perfect for the BMW Collector and a pleasure to drive.

BMW M3 and M4 leak ahead of Detroit debut

Images of the overhauled BMW M3 sedan and M4 coupe have leaked ahead of a debut at next month's Detroit Auto Show, along with option sheets and some specs.
Both wear the standard hallmarks of BMW's M division. There's a subtle power dome in the hood, along with the requisite M3/4-branded strakes on the front fenders. The front and rear fascia are more aggressive than what we've seen in the 3/4 Series M Sport package, as well. Split-five-spoke wheels mean the neither car will stand out in the family portrait and those gold calipers, meanwhile, signify what has been rumored for some time - the M3 and M4 will be getting carbon-ceramic brakes.
The cabin is home to the standard suite of M accoutrements, including a new steering wheel and more heavily bolstered seats. Special trim, including carbon fiber, will be available to further set these cars apart from the standard models.