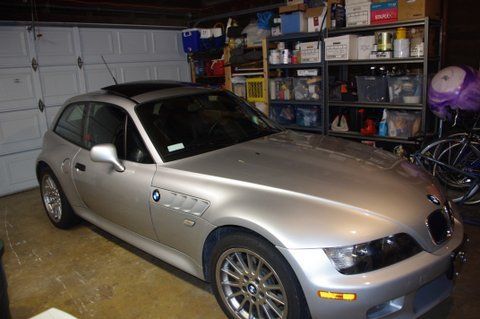 Z3 Coupe!  Rare coupe body style in Excellent Condition, garaged since purchase in 2001, well maintained, fun and fast, a wonderful car to own and drive.  Because it is a coupe, people always stop and ask me about the car.  I am very sad to be selling this car..