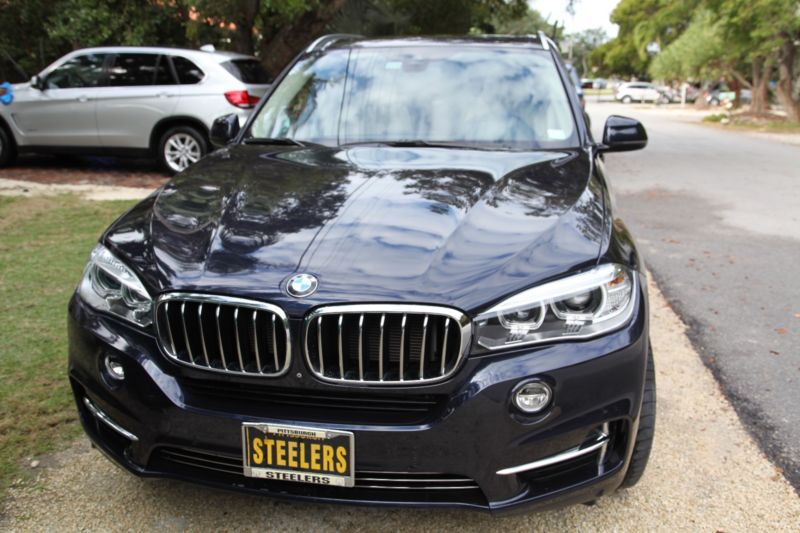 Send me an email at: lulutraicoff@netzero.net .

2015 bmw x5 diesel loaded. Paid $72,000 in 1/15/15. Blue Book apprsaisal at $47,116 without additional treatment
package for dents, scratches, interior protection and exterior paint protection all worth an additional $3,500 and
transferable for 2-4 more years.
Car appraises on high end at $49,002 and $45,229 on the low end without these features PLUS car has brand new 20"
fat low profile runflat tires with only approx. 5,000 miles on them worth $2,000 in total. So $5,500 of unaccounted
for extras. Has premium package with keyless entry and 4 zone AC which really makes a big difference. Car also has
a boat hitch and ball attachment as well as necessary wiring, all worth $2,000 if you got it at BMW. It was a good
after market hitch that came crooked and was installed by someone who somehow didn't notice it it was crooked.
Still have bar to replace hitch if you don't want the hitch. Doesn't affect towing at all.
Has all the safety features, cameras and collision control. Has premium leather seating with heat and air
conditioning in the seat and premium leather rear seats an additional option. Asking $49,500 for the car but will
negotiate.
Full disclosure, there are some minor scrapes on the front rims.
Car will not be available for delivery until my new car arrives in mid February. Please take note of this.