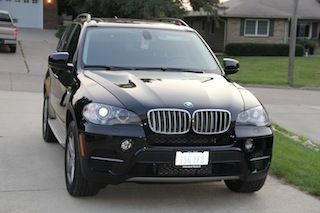 Condition: UsedA vehicle is considered used if it has been registered and issued a title. Used vehicles have had at least one previous owner. The condition of the exterior, interior and engine can vary depending on the vehicle's history. See the seller's listing for full details and description of any imperfections.Seller Notes:"Excellent condition with minimal signs of use, well kept, always garaged. Had a fog light damage fixed by BMW. Still under BMW warranty."

2011 BMW X5 35D for sale, Excellent condition. I am the first owner of this SUV, bought from local BMW dealer. I have all the service records, never had any major issues with the SUV.