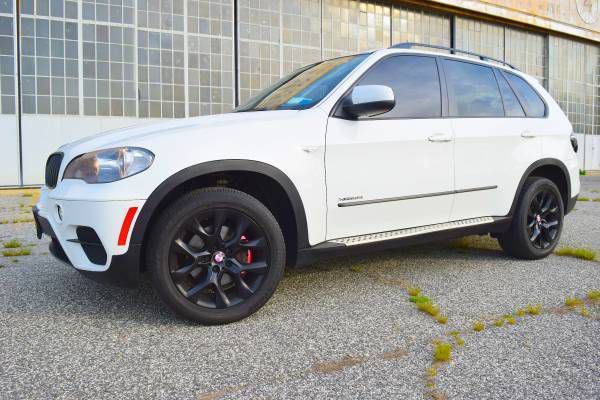 Hi, you are looking at my certified pre-owned 2011 BMW x5 3.5i xdrive with 57,000 miles. It is still covered under
dealer warranty for another year! I am the second owner and have babied it since day one. The truck is alpine white
with black leather interior. I had a few custom upgrades done to make it unique amongst others. The taillights are
smoked black and the rims are powdercoated black to complement the gloss white paint. The calipers are done matte
pearl pink and the emblems are pink. Both can be removed if pink is not the color for you. The truck is always
serviced at BMW, with all services up to date. Brakes were recently done with oem pads. It will be sad to see it go
but I no longer have use for it due to moving a short train ride from my job. The asking price is $28,999
negotiable for serious buyers.( I do still owe on the truck)