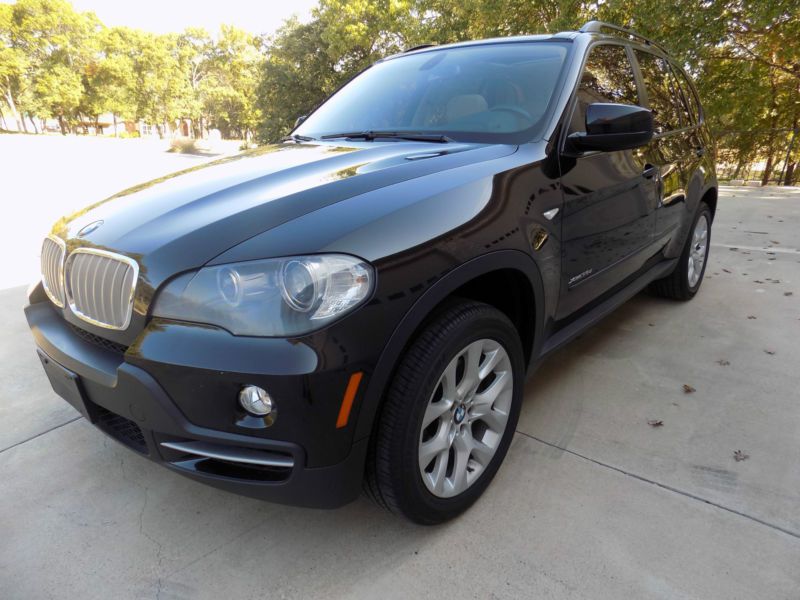 Here is a 2009 BMW X5 35D that is super clean inside and out! It has been very well cared for and maintained.
Wheels were upgraded to 19" factory BMW wheels with Bridgestone Dueler H/L tires. This diesel SUV has leather,
memory, powered and heated front seats! Panoramic sunroof with the woodgrain interior package and is AWD. Very low
mileage for the year and it shows, this vehicle runs and drives great! Amazing gas mileage in town and on the
highway for an SUV, the diesel engine is amazing! It's super economical and long lasting. This vehicle handles and
drives just like a sports car but gives you the room of an SUV.