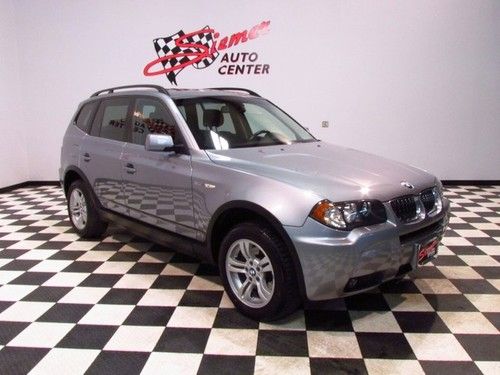 Part of the joy of the SEMA Show is that all of the best tuners in the world are competing to show off their wares, and the challenge often pushes the companies into some absolutely insane directions. Case in point: Vorsteiner and its ludicrous GTRS4 wide body kit with the BMW M4.
According to Auto Evolution, the kit reportedly adds 4 inches in the front to fit 10.5-inch-wide wheels and a massive 7-inches more in the rear to snug in 13.5-inch-wide wheels, but spinning around the BMW in these images makes the changes look even more extreme. Beyond just the extra room in the fenders, the lower air intakes are ready to suck in huge volumes of cool air, and there's a front splitter to keep things planted. The front and rear extensions are joined by side sills that grow the farther back they go. Finally, at the rear, the M4 gets a reworked diffuser with mesh inserts.
This is just the type of automotive craziness that makes SEMA interesting. Take a lot at it for yourself in the gallery.

BMW will debut its new 2014 4 Series Convertible at the Los Angeles Auto Show in November, and after seeing plenty of spy shots and, most recently, some leaked images, we now have all the official details. To no one's surprise, the 4 Series convertible is, essentially, a topless version of BMW's new-for-2014 4 Series coupe, and will be offered in the United States in the same 428i and 435i guises.
On the base end, that means the 428i Convertible arrives with the company's 2.0-liter turbocharged inline four-cylinder engine, good for 240 horsepower and 255 pound-feet of torque, and available with either rear- or all-wheel drive. BMW says the 428i will sprint to 60 miles per hour in a respectable 6.2 seconds. For folks in need of more thrust, BMW will happily sell you a 435i Convertible, available only with rear-wheel drive, powered by a 3.0-liter, twin-turbocharged inline-six that produces 300 hp and 300 lb-ft of twist. Hitting 60 mph in the 435i will take roughly five and a half seconds with the standard eight-speed auto. Curiously, BMW did not mention anything about a six-speed manual transmission for either model, so looks like this droptop might be an auto-only affair. We've contacted BMW for confirmation, so we'll keep you posted.
Like the 3 Series Convertible it replaces, the 4 Series uses a three-piece folding hardtop configuration, and BMW says that added sound deadening reduces audible wind noise by about two decibels. Folding the automatic roof takes just 20 seconds, and can be done at speeds up to roughly 11 mph. For chilly, top-down driving (something we're big fans of), there are now three-temperature neck warmers for the front seats - just like what Mercedes-Benz offers with its AirScarf system.