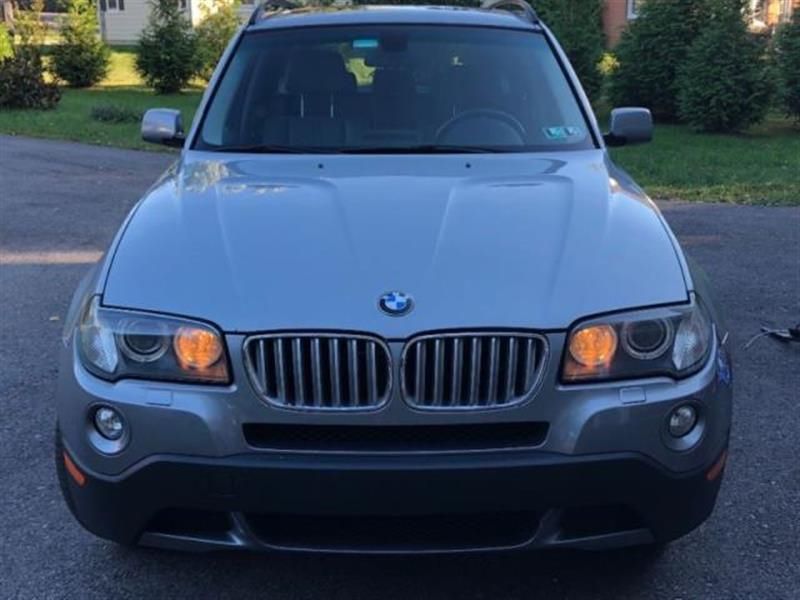 Any questions at : JohnMarks6z3hc2q9240@yahoo.com Model OverviewThe 2008 BMW X3 comes with a silky smooth 3.0L inline six-cylinderengine that makes 260-horsepower and 225 lb-ft or torque. The vehicle also comeswith xDrive, which is the latest development in BMW's AWD technology. Ituses a servomotor to adjust the multi-disc clutch that splits the torque betweenthe front and rear wheels, and in many circumstances the X3 feels just like arear-wheel-drive vehicle. Reduced traction causes more power to be fed to thefront, and the DSC traction control can even reduce engine torque and brakeindividual wheels in order to conquer most any hill. A standard push-button hilldescent control can maneuver the X3 down steep or slippery hills with no driverthrottle or braking input.The X3 has one and a half cubic feet less interiorvolume than the X5, and offers the usual combination of BMW austerity mixed withluxury. Options include such treats as xenon headlights, a six-speed park assist, navigation, and a heated steering wheel. A PremiumPackage includes leather seats, auto-dimming mirrors, and Bluetooth. A SportPackage adds a stiffer suspension and larger wheels. The Cold Weather Packagecomes with front and rear heated seats, and headlight washers. A new SportActivity Package includes 19-inch alloys, all-season tires, running boards, andprivacy glass, as well as a leather-wrapped steering wheel.