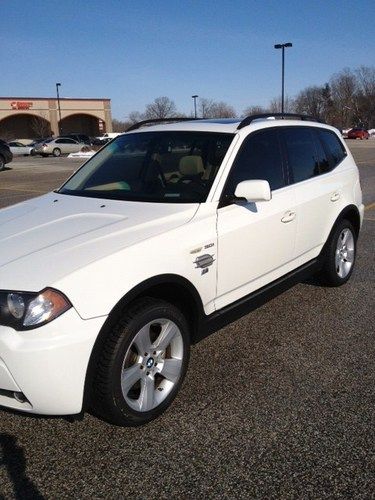 Part of the joy of the SEMA Show is that all of the best tuners in the world are competing to show off their wares, and the challenge often pushes the companies into some absolutely insane directions. Case in point: Vorsteiner and its ludicrous GTRS4 wide body kit with the BMW M4.
According to Auto Evolution, the kit reportedly adds 4 inches in the front to fit 10.5-inch-wide wheels and a massive 7-inches more in the rear to snug in 13.5-inch-wide wheels, but spinning around the BMW in these images makes the changes look even more extreme. Beyond just the extra room in the fenders, the lower air intakes are ready to suck in huge volumes of cool air, and there's a front splitter to keep things planted. The front and rear extensions are joined by side sills that grow the farther back they go. Finally, at the rear, the M4 gets a reworked diffuser with mesh inserts.
This is just the type of automotive craziness that makes SEMA interesting. Take a lot at it for yourself in the gallery.