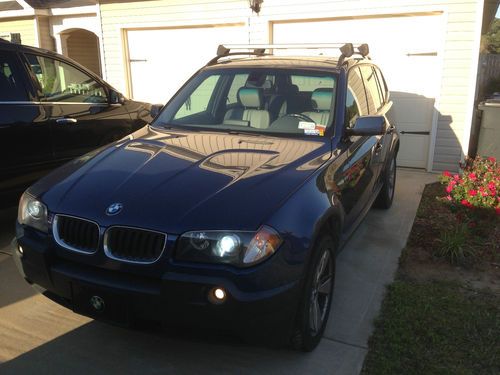 Condition: Used: A vehicle is considered used if it has been registered and issued a title. Used vehicles have had at least one previous owner. The condition of the exterior, interior and engine can vary depending on the vehicle's history. See the seller's listing for full details and description of any imperfections. ...
**CarFax**
Report.cfx
I have has this car for two years and it's been great, I am selling because my family is growing and I need something bigger.  It is an older used car so it's not perfect, please see pictures.  You'll need new tires in the near future, brakes were all replaced last year, oil changes have been every 5,000 miles (BMW recommends 10,000), the back driver side windows squeaks but works fine, needs oil on the window track I was told, but I never use the back windows.  Please ask any questions, reserve is set well below Blue Book, remember this is NOT a new car.
Equipped With:
-Navigation
-Premium Package
-Leather
-Panoramic Moon Roof
-Auto Dimming Mirror
-Rain sensing Wipers
-On-Board Computer
-18" Alloy Wheels
-Power Folding Side Mirrors
-Wood Trim
-Sport Seats
-Adaptive Automatic Aiming Xenon Headlights
-BMW Assist
-Premium Sound
-After Market XM will left in by request