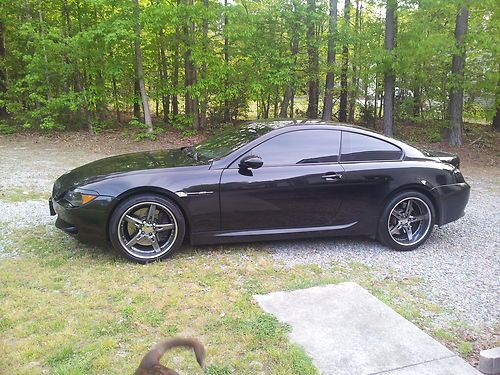 Condition: UsedA vehicle is considered used if it has been registered and issued a title. Used vehicles have had at least one previous owner. The condition of the exterior, interior and engine can vary depending on the vehicle's history. See the seller's listing for full details and description of any imperfections.Seller Notes:"06 m6 very clean and highly optioned garage kept tinted glass hud,nav,sat radio,cd,leather all the goodies also have some extras that go with car any more info feel free to contact me I will help with shipping no int shipping"

06 m6  very clean and highly optioned garage kept tinted glass hud,nav,sat radio,cd,leather all the goodies also have some extras that go with car any more info feel free to contact me I will help with shipping no international shipping