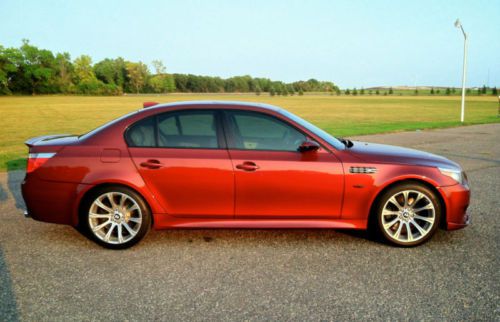 BMW R1200 GS Adventure is made for epic roadtrips

BMW Motorrad has taken the wraps off of its newest GS Adventure model. Based on the R1200 GS, the Adventure trim makes an already tough bike just a bit tougher, thanks to a number of technical changes that improve off-road capabilities without sacrificing any of the R1200 GS' riding manners.
The most noticeable change might be the larger fuel tank, up in size from 5.3 gallons to 7.9 gallons, although this largely due to the Adventure's lower fuel economy - it loses about three miles per gallon to the regular R1200 GS. BMW claims that the larger tank won't inhibit riding comfort, thanks to its narrow design and placement in the bike's frame. The spring travel is 0.8 inches longer, while there's nearly half an inch of extra ground clearance, which is largely responsible for its improve off-road talents. A new, larger seat promises a more comfortable ride and a greater range of adjustability, while a few tweaks within the engine offer an even smoother delivery of the bike's 125 horsepower and 92 pound-feet of torque.
We have a full gallery of images of the R1200 GS Adventure available up top, along with the entire press release from BMW, which can be found by scrolling down.