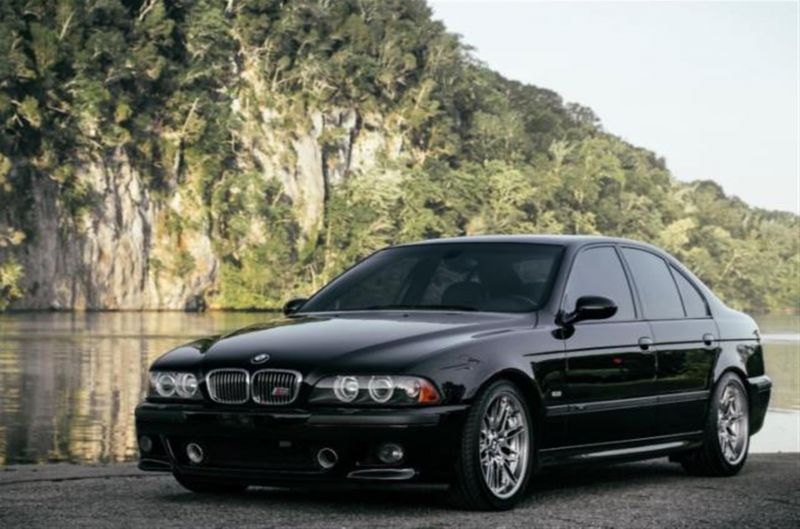 Send me questions at : RonnieLamontfhhl@yahoo.com

With much regret, I'm selling my 2003 BMW M5. The vehicle is in pristinecondition as you can see from the pictures--one of the nicer examples I'vecome across. It's also the last production year! The M5 is powered by a4.9L S62 V8 paired with a 6-speed manual transmission. The current mileage onthe vehicle is 162,500. The engine compression is to factory specification andI've listed those values by cylinder below. I've completed a number ofmajor maintenance items, including a new clutch, flywheel, guibo, gaskets, andfluids. I've listed all maintenance and repairs below. I also had thefactory wheels refinished by Prince Wheel Services in Charlotte (Chrome Shadow).They look new from the factory. They do fantastic work and are known well by M5enthusiasts. See their website and M5 board for details. I have receipts for allmaintenance and repair items performed under my ownership. You should need nomajor service done on the vehicle for years to come.The exterior paint color isJet Black and in excellent condition, and the interior is black Nappa HeritageLeather with the complete leather package (leather on the door pulls, doorarmrests, door panels, center console, center armrest, sun visors, dashboard,glovebox door, upper door trims and lower B-pillar plus Alcantara on theheadliner, A-pillar, upper B-pillar, C-pillar and rear parcel shelf). Everythingis leather! The front seats are also heated. The interior is in wonderfulcondition with almost no signs of wear. It's really quite amazing.The carhas a few tasteful performance upgrades, but none that detract from the stockbeauty of the M5. These upgrades include Evolve Alpha N tune with mass airflowsensor delete, Bilstein fully adjustabl