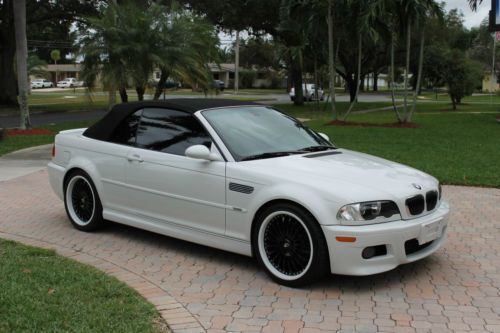 It shouldn't be a shock that BMW is working on a convertible version of the M4. Not only have we caught it testing twice, but this is an automaker that seems willing to build a vehicle for nearly every buyer's needs. Evo claims that the high-performance droptop is going to debut at this year's Goodwood Festival of Speed in England from June 26-29.
Judging from the spy shots we've seen, the M4 Convertible will consist of a retractable hard top like the 4 Series cabrio. Other than the roof, there aren't expected to be many changes from the coupe. The engine will be the same turbocharged, 3.0-liter inline six-cylinder engine, but the added weight of the roof and its mechanism may take a small bite out of performance.
We spoke to BMW USA about the rumor and were told that it has no comment at this time. After the M4 Convertible, Evo claims that BMW is working on a M4 Gran Coupe. How that would be all that different from an M3, isn't exactly clear.