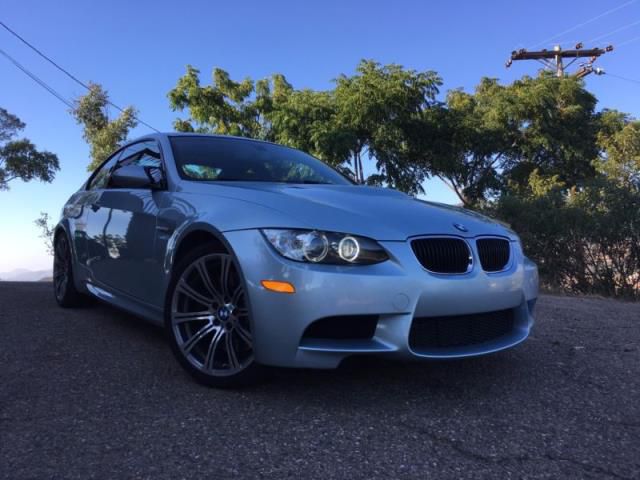 Engine: 4.0L V8 414hp 295ft. lbs., Exterior Color: Silverstone Metallic II, Interior Color: Black w/ Brushed Aluminum, Includes: iDrive Hard Drive), Power Seats, BMW Adaptive Bi-Xenon Headlights, Keyless Entry/Starting, Includes Car Cover w/ Lock, Battery Tender, LoJack Installed. Very clean car, never had any problems with it. I purchased from a dealer almost two years ago and when I was looking for a M3, this was the cleanest one I could find and I have tried to keep it that way. The tires will need to be replaced soon, but still have tread. I never took the car to the track, was more daily driver till now (weekend car when I do drive it), and has been garaged and babied its life. Very clean must see!
EMAIL : malcolmmischievously1@yahoo.com