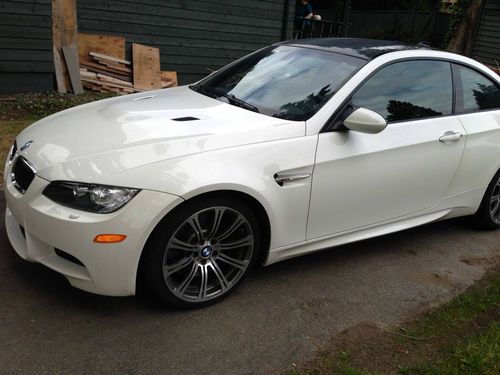 If you think BMW toned down its third-generation X5 CUV a little too much with its latest redesign, the new M Performance Parts line of optional parts may give you a chance to inject in a new sense of style.
The aesthetic parts include new carbon fiber pieces for the mirror caps, front splitter, rear diffuser and rear aero flaps. There's also a rear spoiler, high-gloss black kidney grilles, M Performance rocker panel decals and double-spoke 21-inch wheels with performance tires. The interior upgrades are similar with an available Alcantara steering wheel with carbon fiber trim, stainless steel pedals and carbon fiber gearshift trim.
Not all of the M Performance Parts are about style. The M Performance Power Kit sharpens throttle response and boosts power of the X5 xDrive35i to 320 horsepower and 332 pound-feet of torque, an improvement of 20 hp and 32 lb-ft, and an optional exhaust with chrome tips improves its sound. For buyers looking for improved stopping power, the M Performance Brake Kit adds six-piston calipers with 19-inch steel rotors.