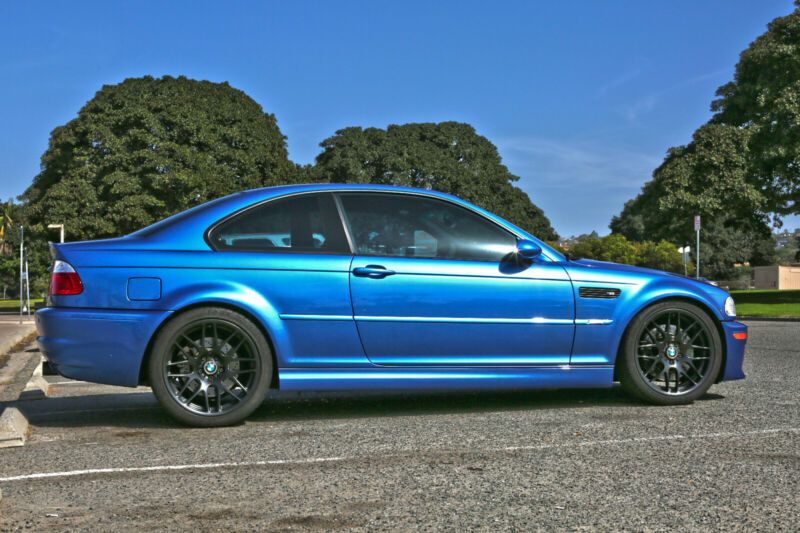 - 2005 BMW M3 E46
- Color: Estoril Blue (Individual order program through BMW)
- Competition Package
- M Texture Alcantara Interior (Extremely beautiful and rare)
- Full Dinan S3-R Package factory installed by original owner in northern CA (This has the perfect amount of torque
and power that is superb to drive with and is very usable on the street and track (NOTE: I have never raced nor
tracked this since I purchased it)
- 6 speed manual transmission (Only way to drive in my opinion)
- Low Miles approx 69,9XXk (4900mi/yr on avg which is extremely low)

BMW finally brought its four-door M3 into the public view, showing the new sedan off at the 2014 Detroit Auto Show. The new M3 represents BMW's return to small, wildly fast four-door sedans after a several year absence following the discontinuation of the E90 M3 Sedan way back in 2011.
The M3 enjoys the same 425-horsepower, 3.0-liter six-cylinder used in the M4, with 406 pound-feet of torque and the owner's choice of either an old-fashioned six-speed manual or a seven-speed M dual-clutch transmission. All told, the new powertrain should scoot the four-door M to 60 in a mere 3.9 seconds (with the M DCT).
We've got a full gallery of live images of the all-new M3 up above, and we've included the original stock gallery down below. Feel free to peruse either, and then let us know what you think by sounding off down in Comments.