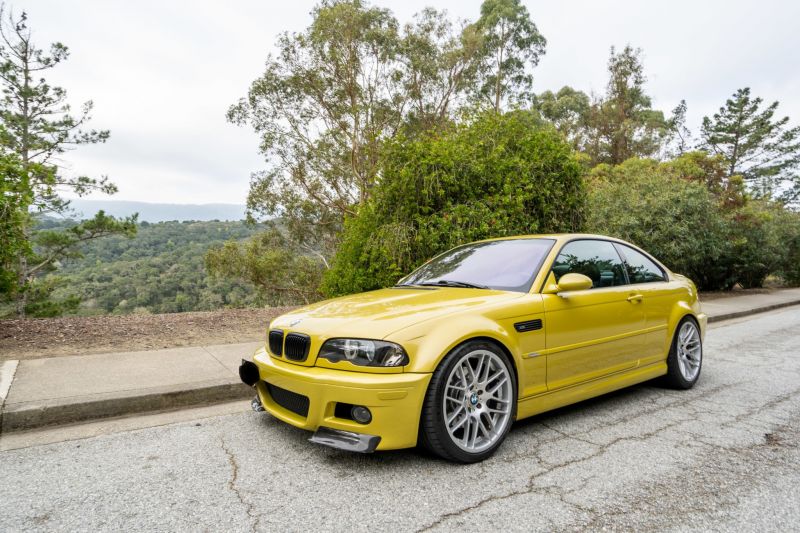 2002 BMW M3 is finished in Phoenix Yellow Metallic over a black Nappa leather interior, and power comes from a 3.2-liter inline-six paired with a six-speed manual transmission and a limited-slip differential. Work performed in the last year reportedly included rebuilding the VANOS system, replacing the rod bearings, suspension bushings, and transmission mounts, and paint correction with a Ceramic Pro coating. Modifications include a CSL-style trunk lid and 19" wheels, a KW Variant 3 coilover suspension, a Turner Motorsports power pulley kit, and more.