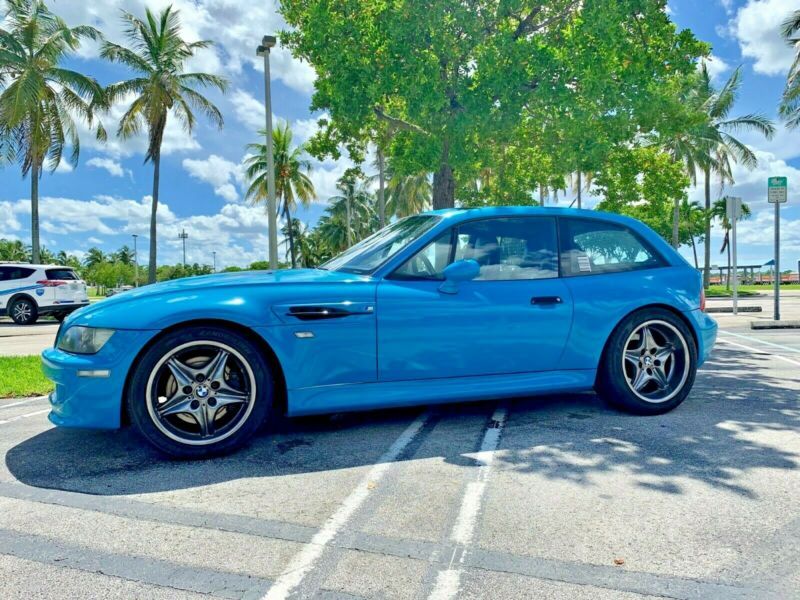 2002 BMW Z3 M coupe, Clean title. 136k miles, Clean car fax, Titanium silver exterior with estoril blue & black
nappa leather interior. The car currently has a LSB 3M vinyl wrap with door jambs. Wrap was installed less than 3
months ago. Paint under the wrap is in PRISTINE condition.
No rust whatsoever on the body. It came factory equipped with Bluetooth audio. The car is in perfect shape, no
dents or scratches. All panels have vins matching.

We can't help but use this time of year to look back at the days before and reminisce about friends who are no longer in our lives. For The List, Jessi and Patrick were often joined by a little, red BMW 3 Series that, at times, felt like a third host of the show. Having been bought used for just a thousand bucks, the red BMW proved to be surprisingly durable. Through jumps, dunks and monster trucks, it remained our little trooper 'till the very end, and on the way taught us all how important a faithful four-wheeled companion is to the life's work of completing one's automotive bucket list.
For our last episode of The List in 2013, we give you The Red BMW - A Retrospective.
Have an RSS feed? Click here to add The List.