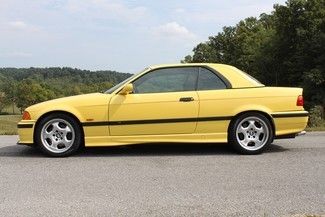 BMW is the US auto industry's leading exporter

Which automaker do you think ships the most cars out of North America, one of the Detroit Three or perhaps one of the Japanese automakers? Nope. It turns out the BMW's Spartanburg, SC, factory is the biggest automotive exporter from the continent in the United States. According to a recent profile by Bloomberg looking at the plant's 20th anniversary, Bimmer's southern ops sends out more vehicles than all of Michigan combined.
When the Spartanburg factory opened up in 1994, its success was hardly assured, largely because of South Carolina's relatively small economy at the time. However, BMW picked the site because of its proximity to East Coast shipping that made it easier to move engines and transmission in from Germany and export vehicles back to Europe, according to Bloomberg. The Bavarians clearly made the right choice.
Today, the plant has developed into an absolute powerhouse. The factory currently assembles the X3, X4, X5 and X6 and exports about 70 percent of the vehicles built there. Things are only getting better. BMW is investing $1 billion through 2016 to boost annual production from the current 300,000 units up to 450,000 and to build a new flagship crossover called X7. The expansion also adds a further 800 jobs there to take total employment up to about 8,800. Including the latest financing, BMW has put over $7.3 billion into the factory since it opened, notes Bloomberg.