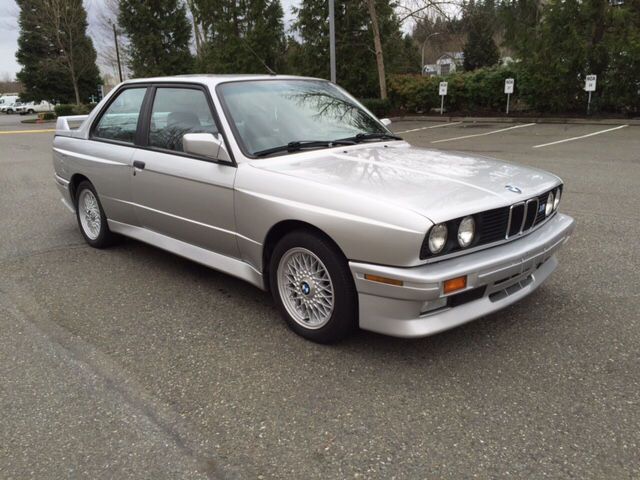 1990 BMW E30 M3. Rare and Stunning sterling silver over black leather interior and is in phenomenal condition. Its has just over 118,000 miles. The engine pulls strong and the transmission shifts smoothly through all gears. Drives great. Seen regular maintenance and oil services since new. It was recently received a full service and oil change.
Cosmetically the car shows well. It received a full respray at some point in its life in its original color Sterling Silver.
Inside the vehicle is above average condition for mileage and year. The dash is crack free. The seats are in great shape structurally and cosmetically as photographed. There is a small split in the seam on the top of the back seats. The carpets and original floor mattes are in great shape.
Overall this is an incredible example the original M3. This particular one would make an excellent driver or a collectors garage queen. I can tell you with conviction this car will appreciate if you maintain its condition.