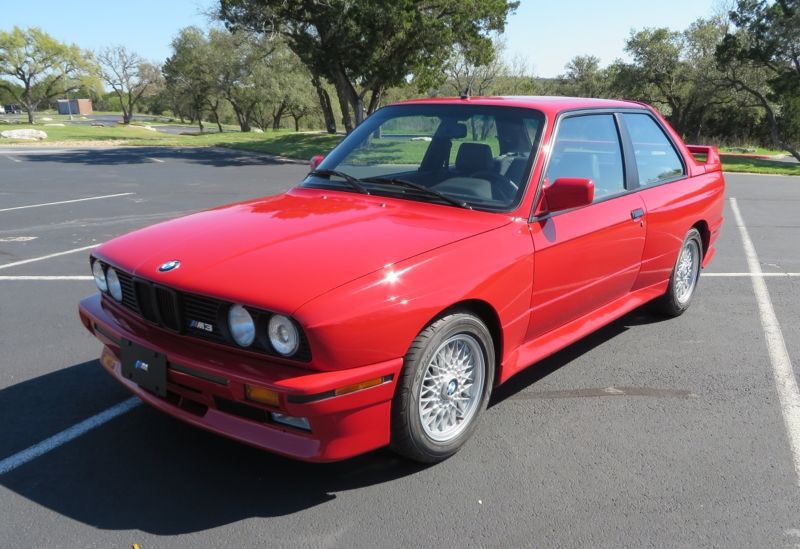 For more details email me at: tresatllempka@v8man.com .

Mechanicals:
The car starts, stops and drives exactly as you would expect. It pulls hard, revs smoothly, shifts precisely and brakes easily and in a straight line. There are no leaks of any kind or smoking from the engine. The car shows no evidence of ever having been involved in an accident or collision and is 100% rust free and as clean and solid as its low mileage suggests. Everything in the car works as it should - lights, switches, wipers, gauges, everything. The car is, of course, numbers-matching.

Under the care of the previous owner, the car was well-maintained and there are nearly two dozen receipts attesting to the care it received. Of particular note are receipts showing the car received a new clutch (including slave cylinder and upgraded EVO lightweight flywheel) only 3,500 miles ago.

The car rides on brand new, 205/55/R15 Yokohama S-Drive performance tires. It has been recently serviced. Other than new tires and standard servicing, the only mechanical work performed on the car under my ownership was the addition of a remote door lock system allowing you to lock and unlock the doors with a keychain remote.

The original air conditioning system system is intact and has been converted to R134. As the car has rarely been driven under my ownership, I did not store the car with the system charged. While preparing the car for sale, we did charge the AC and it's now blowing cold but it would not surprise me if the AC system required professional service prior to everyday use.

Exterior:
From every angle, the car presents beautifully.

In 2012, as part of my restoration of the car, it received a professional, glass-out respray in its original color of Zinnoberrot Red. Upon reassembly the car received all new rubber seals, new lenses (including new OEM tail light lenses), new badges and every price of trim on the car was either replaced or professionally refinished.

The car maintains its original glass with the exception of the windshield which was replaced when the car was painted. The replacement windshield was purchased from a BMW dealer and shows the correct BMW and Sekurit markings.

The wheels were sent away for professional refinishing and appear as new. They're complimented by four brand new center caps.

The only flaw worth mentioning is a tiny flaw on the rear spoiler consisting of an almost unnoticeable, approximate 1/2-inch paint crack that you might not notice if I didn't point it out and which could be easily touched up. I have included a close-up photo of this flaw in my online photo album and the very fact that I'm calling your attention to it as the most significant cosmetic issue on the car should give you extreme confidence regarding the condition of this M3.

Interior:
While no used car can ever be described as perfect, the interior of this M3 might be the exception to that rule. We were fortunate that we were starting with an excellent car and many of the interior parts, including the original dash and door panels, looked virtually as good as the day they left the factory. As for everything else...

During our restoration of the car, the interior was completely gutted top to bottom leaving only the original carpet in the car. As oem replacement carpet is unavailable for these cars, we chose to have our original carpet extracted and steam-cleaned with outstanding results.

The leather seats, front and rear, were professionally reupholstered using top-grade, correct materials from GAHH Automotive. The complicated front seat mechanisms were completely disassembled and multiple parts (including several of the mini seat shock absorbers) were replaced which returned full functionality to our seats.