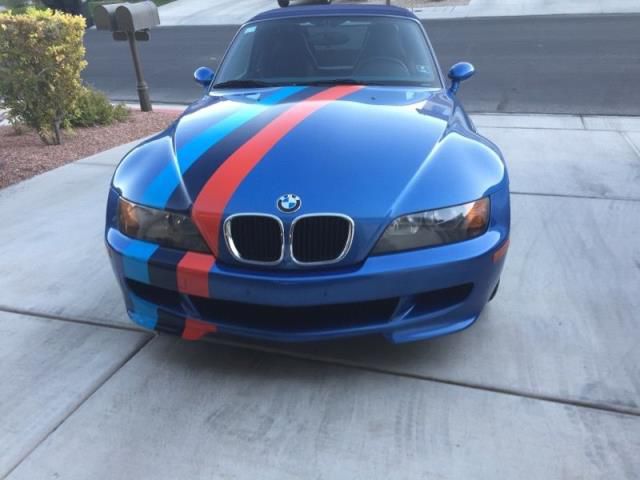 Excellent opportunity to obtain this adult-owned BMW from a private collector. Short & Sweet, as this car speaks for itself - Dinan Supercharged with all required E.O. decals - 50 State Smog Legal - All work performed by All German Auto, Escondido, California -Dinan Tune and Exhaust System, Dinan Suspension Kit, recent service, needs nothing but to be driven and enjoyed. Has some light curb abrasion on the lower edge of front bumper, visible only when car is hoisted. You really need to see this car in person. Its for the serious BMW collector and is from a stable filled with other M-cars. Car is sold As-Is; without warranty of any kind, expressed or implied. There is no cooling off period.

If you're anything like us, the first half of that headline made you smile. The BMW 1 Series M Coupe was, without a doubt, one of our favorite cars from the past few years, and according to a BMW Blog interview, Dr. Friedrich Nitschke, head of the company's M division, has confirmed that a successor is in the works.
"We haven't made a decision yet, but the 1M coupe was so successful, that in my opinion, I am absolutely sure we will build a successor," Nitschke told BMW Blog. Currently, BMW only offers the M135i version of the new 1 Series hatch in Europe, which Nitschke says is "not a pure M car."
Moving elsewhere in the M range, BMW Blog asked about the M6 Gran Coupe that recently debuted at this year's Detroit Auto Show. The obvious competitors for this car will be higher-power versions of the Porsche Panamera and Audi RS7, but while both of those offer all-wheel drive, the M6 only sends power to its rear wheels.

After almost 40 years on the market, there are probably few things the BMW 7 Series hasn't offered, but when it comes to the US market, one of those things just happens to be a diesel engine. That is all about to change, however, as BMW announced that it will unveil the 2014 740Ld xDrive at the Chicago Auto Show before sales commence later in the spring.
Offered only on long-wheelbase models with standard all-wheel drive, the new diesel 7 is powered by BMW's 3.0-liter inline-six producing 255 horsepower and a stout 413 pound-feet of torque peaking between 1,500 and 3,000 rpm. While BMW has yet to release any type of fuel economy figures, it did say that its diesel technology is usually good for an improvement of 25 to 30 percent over the gas models - just for fun, that means that the 740 Ld xDrive could get as much as 24.7 miles per gallon in the city and 36.4 mpg on the highway, but that's just doing the math and there is nothing official behind those numbers. Acceleration will take a little longer than in the 740Li xDrive (shown above) with BMW stating 6.1 seconds from 0-60 compared to 5.4 seconds for the gas model.
Another small increase over the gas version will be in price, with the 740Ld xDrive getting a starting MSRP of $82,500 (*not including $925 for destination), which is just a $1,500 bump over the 740Li xDrive. For comparison, the Audi A8L TDI starts at $78,800, while the previous-gen Mercedes S350 Bluetec was priced at $93,000. Scroll down for more info on the new diesel-powered 7 Series, and stay tuned to our live coverage from Chicago in a couple weeks as we'll have live images and hopefully more info.