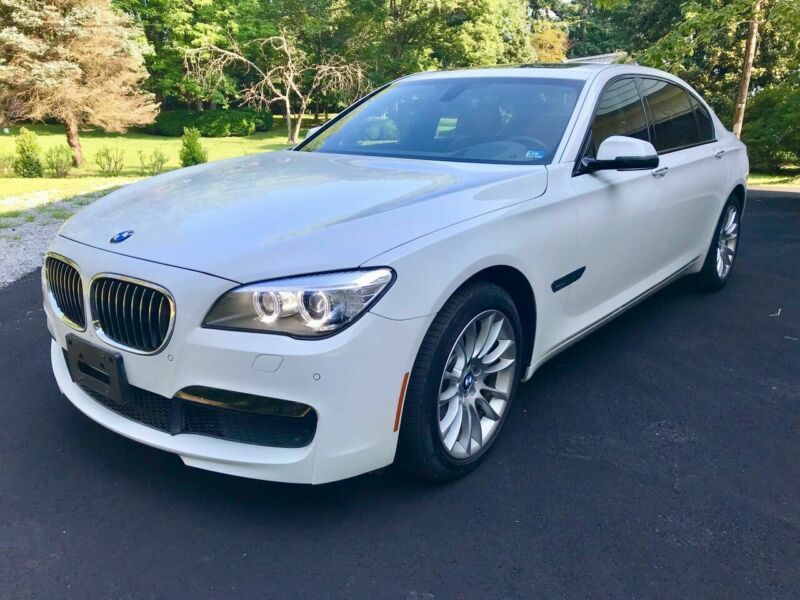 I am selling my 2015 BMW 740 LD drive Diesel with 3.0L only 7000 miles. I purchased the car brand new. This nice
BMW never been driven on snow or rain. It has been garaged. Just driving it on a weekend. Never been in accident or
any paint work. All service has been done by BMW dealer.

Because embargoes were apparently made to be broken, images of the 2014 BMW 4 Series coupe have leaked onto the Internet ahead of the car's official debut thanks to Car Design News' Facebook page. As you'll recall, the 4 Series is the replacement for the outgoing 3 Series coupe, its nomenclature falling in line with the rest of BMW's lineup, where coupes and convertibles will be set apart from their sedan counterparts by one number.
As we can see in the photos, the 4 Series takes a lot of its design cues from the 3 Series on which it is based, but there's a lot more in the way of attractive body sculpting, and this production model stays true to the original 4 Series Coupe Concept that we saw at the Detroit Auto Show earlier this year.
We don't have official details to divulge just yet, but we can discern from the photos that the range-topping coupe will be the 435i model, likely powered by BMW's turbocharged 3.0-liter inline-six from the 335i. There will no doubt be a 428i model with a 2.0-liter turbo-four underhood, and we expect BMW to offer its xDrive all-wheel-drive system on both models. Much like the 3 Series, a variety of trim levels will be on offer, including a top-spec M Sport trim that you can see painted in Estoril Blue here.