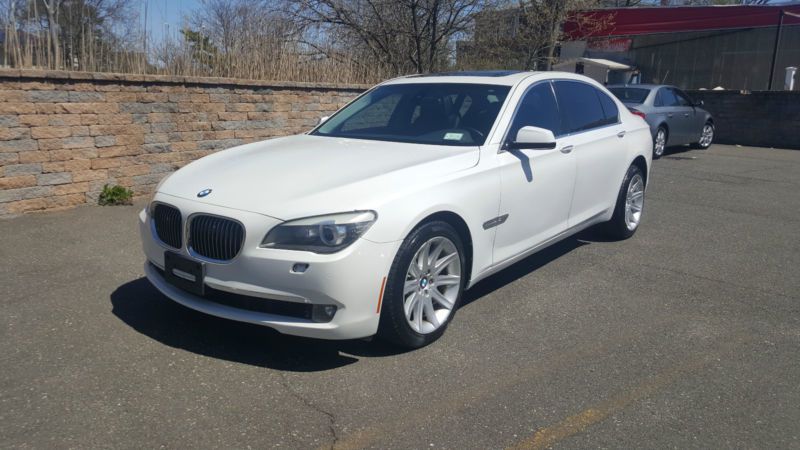 If you have any questions please email at: alainaaffunicello@lifefriend.com .

2010 BMW 750LI
FULLY LOADED MODEL
LONG CHASIS LI MODEL
LEATHER SEATS
61K MILES
V8 TURBO ENGINE A LOTS OF POWER
TURBO ENGINE
SUNROOF
RUNS AND DRIVES NICE
After purchasing the car, we did a full inspection. The car RUNS & DRIVES GREAT.
I have personally driven this car and note no issues at all. It has only LOW 61k miles, and the
engine/transmission work 100% perfectly. Everything work perfect! All fluids were checked and look great. THERE IS
NO WARNING LIGHTS ON WHICH IS GREATThe body of the car looks very nice. (please see pics)
PLEASE TAKE A LOOK AT THE PICTURES. If you need more pics, please let me know.

Most everyone would agree that BMW offers a range of very attractive and well-proportioned coupes, sedans, crossovers and wagons. Yet there is one member of its family that has always struck us as a bit odd: the X6.
Proudly coined "The world's first Sports Activity Coupe" by its German maker, the X6 features a wedge-shaped body with a characteristic sloping roofline that appears to squash the heads of its second-row occupants. The crossover rides high off the ground, with a pronounced gap between its chassis and oversized wheel/tire package, capped by short overhangs on both ends. Although curious to the eyes, its overall styling is masculine, and its stance aggressive.
Whether you consider the X6 to be attractive or an eyesore - opinions seem about equally divided - there is nobody at BMW questioning its business model. As of today, the automaker has sold more than 260,000 copies of its five-door crossover, which is why it has flown us to Spartanburg, SC, to sample its second-generation 2015 BMW X6.