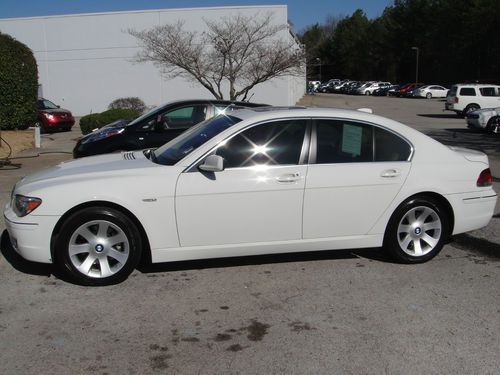 2nd Owner Vehicle With A Clean Carfax.  Local Trade In On A New Nissan Armada.  Smoke And Odor Free.

The Best Color Combination Out There: White With Beige Interior.

Very Nice Vehicle!  Has The ABS Light On Is The Only Thing I Could Find Wrong With The Vehicle.

Drives Like It Should With No Known Issues.  Has A Good Set Of Matching Tires.

We Are A New Car Dealership And A $599 Clerical Fee Will Be Added To The Final Price For Processing.  State Taxes Still Apply Depending On Where You Live.