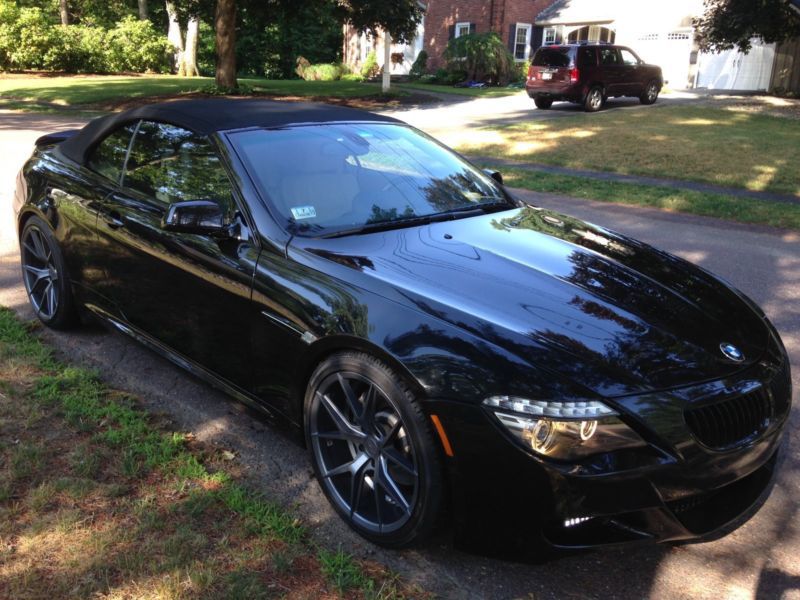 If you have questions email email me at: dariusdssojourner@britishtalent.org .

Great opportunity to purchase a low mileage BMW 650I convertible that turns heads. Car is in perfect condition,
exterior and interior are both exceptional, always hand washed and garaged. Car is being sold with two sets of
wheels, the 20"set of Verde wheels pictured on the car and the factory set of 19" Sports Package(picture included),
both have tires with less than 5k miles on them. I purchased the car two years ago with a factory BMW CPO warranty
that ran out a few months ago. There is no deferred maintenance and the car was fully serviced within the past
year. Has upgraded FACTORY front M6 bumper($2000) and Vorsteiner carbon fiber rear spoiler($1,000) painted the
factory Black Saphire color and few other aesthetic upgrades as you can se in the pictures. Car runs and drives as
new with no mechanical issues. I get lots of compliments on the car, very aggressive looking compared to the
average 650I. Loaded with options having an original sticker price over $94k!