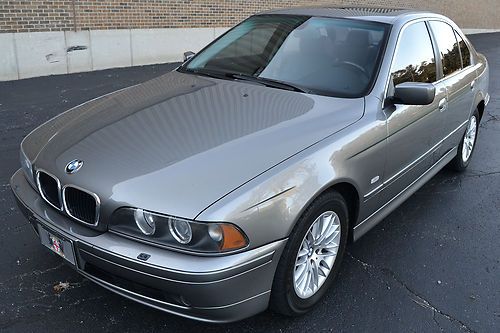 Sic Transit Gloria
I like difficult cars. I like turbo "moments," dramatic weight distribution, low-grip, peaky power delivery, and overly quick steering, along with ultra-short wheelbases and any number of other non-racecar-perfect dynamic foibles. I love the newest generation of BMW cars and engines - all turbo'd up with tons of torque and power everywhere in the rev range, too. But what I think the enthusiast community will miss when this 2013 M3 Coupe becomes the 2014 M4 Coupe - replacing its idiosyncratic, small-displacement, revvy V8 for something like a triple-turbo, directly injected, inline six-cylinder powerhouse in the process - is the work it takes to drive the car fast and perfectly. Sometimes small flaws just make things better; my mistress' eyes are nothing like the sun, and all that.
The idea of this E92 M3 going away then, magnified by the loss of the M3 badge for the coupe, is at best bittersweet for me. This generation of M car is already surpassed in terms of raw thrills by the better-than-ever Mercedes-Benz C63, a car that doesn't ask its driver to sacrifice low-end grunt or the very latest in amenities in return for stellar backroad performance. Yet any time I've been lucky enough to lap a track in the M3, it has quickly become clear that the Bimmer is the better on-edge tool. With the freedom to wring the neck of the 4.0-liter V8 and room to exercise the lovely balance of the car, the E92 is hard to match (even six years after its debut).

BMW is voluntarily recalling 134,100 cars due to a faulty ground terminal in the taillight bulb carriers, causing the sudden failure of brake lights, turn signals and reverse lights. The recall covers 2008 through 2010 5 Series models produced between March 1, 2007 and December 31, 2009, and includes everything from the 528i to the mighty, V10-powered M5. It's unclear if this recall is limited to sedans or extends to the 5-Series Touring.
There have been no reported cases of injuries, fatalities or crashes associated with the taillight issue. BMW will be issuing recall notices to affected owners in the coming weeks, asking them to report to dealers so that the bulb carriers on the taillights can be replaced. All repairs are, naturally, free of charge. Scroll down for the official recall notice from the National Highway Traffic Safety Administration.